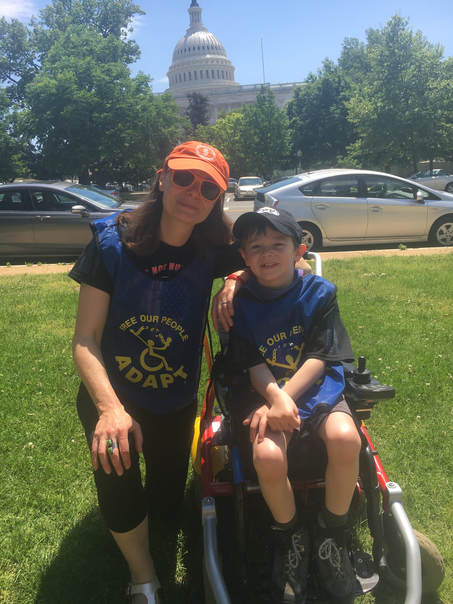 I was born in Tacoma, Washington and educated at the Evergreen State College, where a strong history of alternative cartooning inspired me. I moved to New York City in my early twenties, where I waitressed, drew, wrote, and helped edit the arts magazine A Gathering of the Tribes while working on a PhD in history. My writing has appeared in publications including the ﻿New York Times﻿, Sensitive Skin, Unsplendid, Montana magazine, the Cairo Times and elsewhere. After leaving NYC, I lived in Cairo, Beirut, and Malta. I have worked as an adjunct professor, translator, astrologer, bookbinder, toy store clerk, and home health aide.

Today I live with my husband, Ryan, and our son Heath  in Missoula, Montana. We are active with the grassroots disability rights group ADAPT, which advances the independence and civil rights of people with disabilities. Heath is a fifth grader who is loves adaptive sports, improv comedy, and drafting spec scripts for a revival of The Office.